Diabetic retinopathy, or diabetic eye disease, shares many risk factors with other diabetic complications, including general inflammation. Bacterial infections are potent inducers of inflammation and have been associated with the development of many diabetic complications. A new study, conducted by the FinnDiane group at Folkhälsan Research Center, found a clear association between bacterial infections and the development of diabetic retinopathy.

Rasmus Simonsen, main author of this research, is studying the effect of bacterial infections on chronic diabetic complications and genetic factors behind susceptibility to infections in diabetes. Simonsen graduated from the University of Helsinki Medicinal Faculty in 2016 and has been specializing in anesthesiology and intensive care. Now, he is continuing his career as a researcher and PhD-student in the FinnDiane Study Group.

– Inflammation has been thought to play a role in practically all diabetic complications, including diabetic kidney disease and cardiovascular disease. Infections are involved as they cause major inflammatory reactions and have been associated with similar diseases in the general population, but the association between infections and chronic diabetic complications is far from established. Since infections are very common in diabetes and the complications are the major drivers of mortality and morbidity in individuals with diabetes, this field has been very interesting to investigate, says Simonsen. 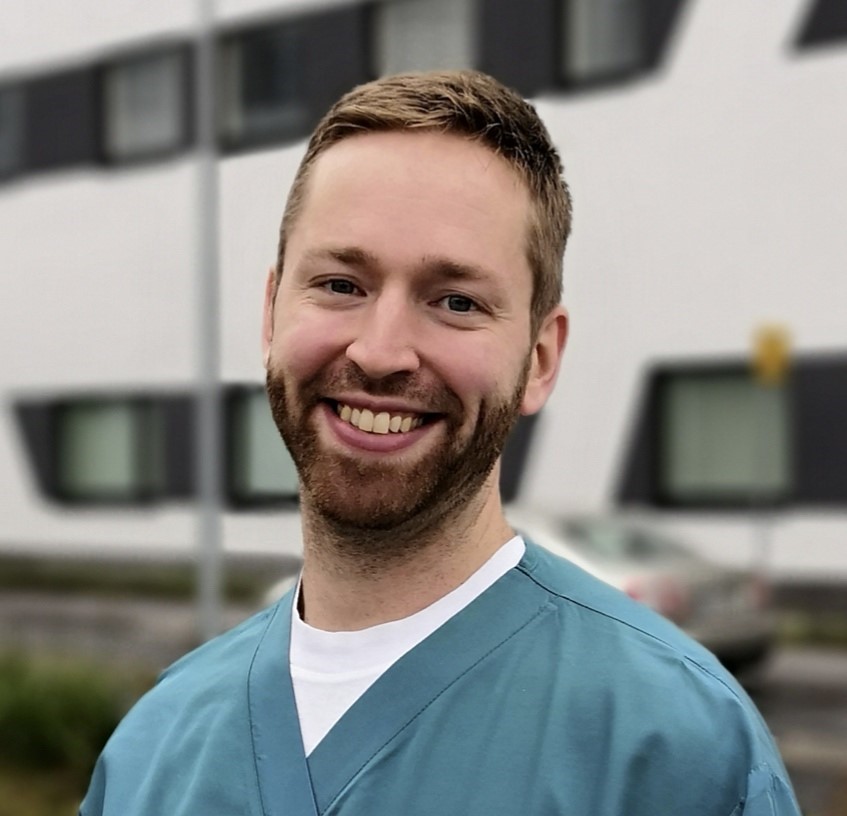 Thankfully, there are effective treatments available for reducing vision loss caused by diabetic eye disease. Even though these treatments are mostly successful, they do not cure diabetic retinopathy. This emphasises the importance of prevention and early diagnosis.

The Relevance of Inflammation

– Although the link and exact mechanisms between inflammation and diabetic retinopathy is yet unclear, research demonstrate a robust association between the two, says Simonsen.

The Study at Hand 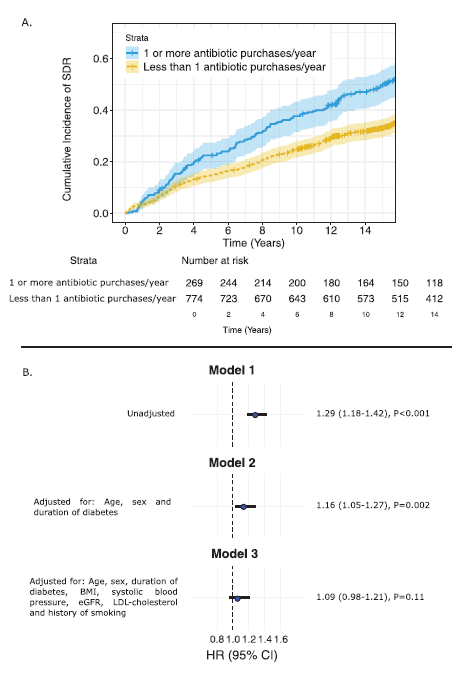 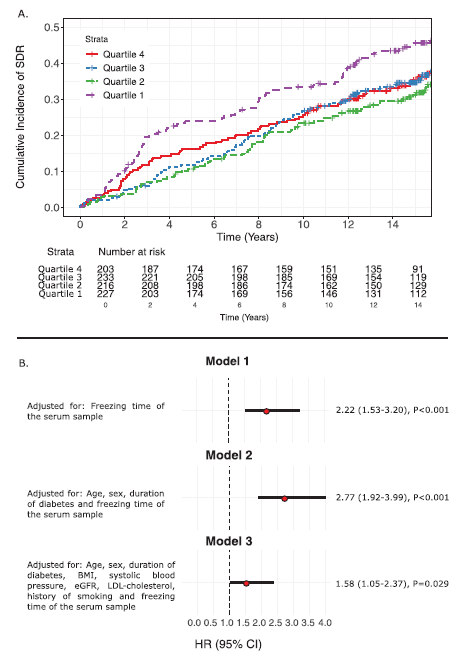 Putting it all Together

However, this is a purely observational study. As such, causation cannot be implied, only association, and the mechanisms by which bacterial infections and endotoxins contribute to the development of diabetic nephropathy remain open for later studies to explore.

The whole study can be read in full text here.

Reuse of all figures is allowed pursuant to the terms of the Creative Commons Attribution-NonCommercial 4.0 International (CC BY-NC 4.0) licence.